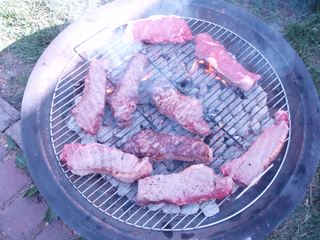 With almost two days of hacking under their belts, everyone was instructed to make their way to Bob Beck's (beck@) house for the traditional BBQ event and Swedish beer hurling festivities. The food was fantastic and the camaraderie undeniable.

Read on to find out more about the famous Annual OpenBSD BBQ and a lot more: 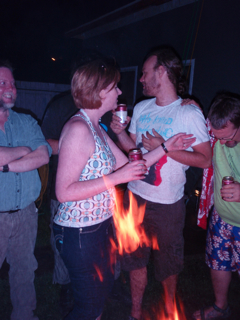 I would like to publicly thank Bob, Bob's wife, Chenelle and Bob's friend, coworker, co-host and neighbor, Larry, for all their effort behind the scenes and gracious hospitality to make this year's BBQ a very memorable one. I don't know that the pictures below do it justice. Thank you so much. It was fantastic!

We were all finished with our monster steaks, vegetarian burgers, delectable and delicious deserts (hugs and kisses to Chenelle) and beer hurling before the thunderstorms came. Thanks to Bob's new spacious two car garage, the rain didn't dampen the mood in the slightest. It just got pretty cozy with 60 or so slightly inebriated (some more than others) singing (some better than others) people crammed into the garage at the same time.

The traditional barbecue is a very important event for a number of reasons. It's done early so to force everyone coming from various time zones onto a similar schedule for the week to follow. It's also a great opportunity to get to know everyone especially the newcomers to the big hackathon in a very different social setting. Did I mention the food is always amazing? And then there is the beer hurling, a Scandanavian sport introduced to OpenBSD by swedish developers. 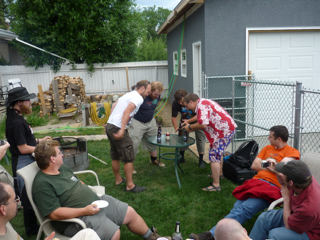 As tradition would have it, the veteran beer hurlers went first. Henning Brauer (henning@), Thordur I. Bjornsson (thib@), Artur Grabowski (art@) and Bob Beck (beck@) showed everyone how it was done. Six hours and many bottles of cheap Canadian beer, tatonkas, brennivin and who knows what other alcoholic mix later, they were still showing how veterans do it and manage to keep standing but just barely. They were kind of dancing altogether while holding each other up and singing hummpa songs into the latter hours of the evening. They epitomize what I consider to be a brand of brothers.

Following the veterans were the hackathon newbies; a group of developers new to the big OpenBSD hackathon and the beer hurling competition. Some of these guys could not hide the fact that they had never swirled and hurled not so great Canadian beer before. When it came back up and out the wrong breathing orifice, that was the sign, hence the hurling reference. 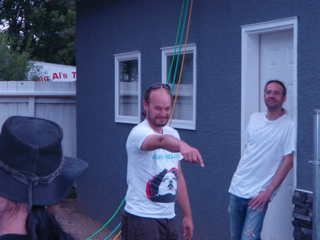 The secret is not to taste the awful beer as it goes down and the swirling of the bottle is supposed to push the beer down your throat. If done correctly, it can be emptied in just a few seconds as henning@ was able to masterfully demonstrate on several occasions. Unfortunately for some, even after a few attempts, it was not as easy as henning@ made it seem but perhaps the same could be said of his coding prowess too. 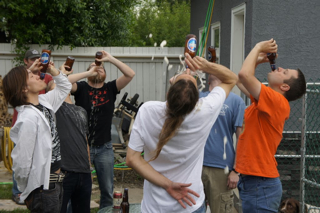 Besides all the geek talk going on, the party centered around two special and beautiful ladies. Both have cared for and fed more OpenBSD developers and put up with more geek talk than they would like to admit to their friends. Yet, here on this night, they were the center of attention the whole evening long and somehow even managed to outlast the veterans. 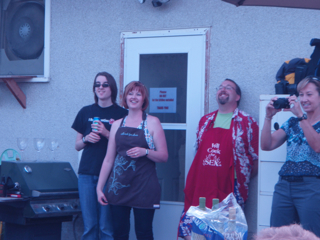 It is these events that bring the best out in people. As thib@ said, "it transcends race, religion, colour, gender and you know, everything and all prejudices". He considers everyone a friend and a brother and this bonding continues to grow thanks to the man who started it all almost fifteen years ago. 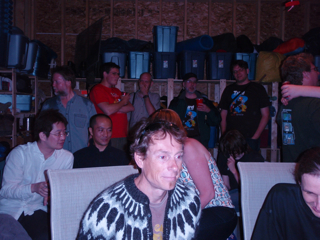 Theo de Raadt has managed to do what most companies and organizations dream of attaining: He has attracted like-minded and brilliant individuals and leaders in their own right who contribute code and money to an operating system that means something to them and a greater community.

The OpenBSD reputation is unparalleled and there are many reasons for this but it all starts from a clear vision statement and set of goals: "Our efforts emphasize portability, standardization, correctness, proactive security and integrated cryptography." It packs a lot into one sentence and when interviewing the developers, it was plainly evident that they devoted their time and money for the very same reasons. We're just beneficiaries of their goodwill and effort. 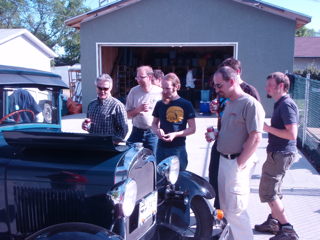 Who are these people? Would you be surprised to learn that they are business owners, CTO's, Chief IT Architects, researchers and IT Managers of some very large and well known companies. Moreover, I didn't realize how many PhD's were in the room until I started interviewing them all. Yet, what impressed me the most were not these titles of position and education but those developers who have contributed a considerable amount of code to the project but with very little, if any, C programming experience before contributing code to OpenBSD. In fact, I also noticed that there was no correlation between education and hierarchy within the Project. It is a true meritocracy. 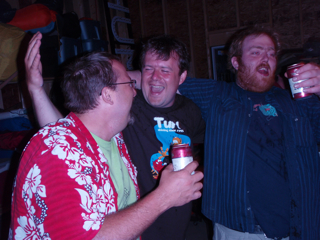 They are indeed a select group of people who lead by example and want the same thing; fine tune an operating system that does what they want, the right way and getting an opportunity to drink with close friends is a bonus. Some would say that I got that backwards but either way, you kind of get the idea.

Even though we have a lot of fun at the hackathons, serious design sessions take place and coding gets done and there is one thing that I have consistently noticed over the years: these guys love making OpenBSD better. It's a hobby and a passion. But what is it about this community that makes this project so special? Why is software quality at odds and even inversely proportional to keeping people involved in the project? Why is it that one's time and effort doesn't automatically mean inclusion? I will try and answer these questions in the coming series of articles. 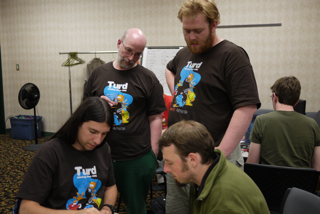 Over the next couple of months (and it will literally take me that long), I will try to highlight the efforts of every c2k10 developer. I hope to give some interesting insights through individual interviews that I had with most of them. It was a real honor and pleasure to get to know each developer and I would like to share what I learned to benefit and hopefully inspire others.

I can't stress enough how important these hackathons are to the ongoing development of OpenBSD. I believe this is one of the main points that distinguishes OpenBSD from many other projects. It is certainly the reason for its very active development going back almost 15 years now. Hackathons drive the project forward. 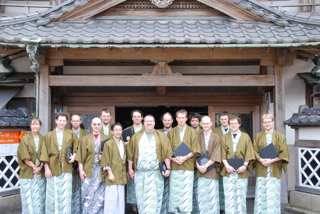 Do you remember all of the amazing stuff that came out of n2k8? That mini-hackathon brought us DHCPD synchronisation, Direct Server Return support, the start of Active-Active Firewall Cluster support, tcpbench, many bug fixes and improvements to OpenSSH, work started on MPLS support, the removal of routed which was replaced with ripd(8), improvements to relayd(8), improvements to pf, ethernet driver support and cool dhclient functionality, a new Japanese developer that went on to do amazing USB and UMTS/3G support for OpenBSD, more effort on a redesign of pf that we are now beginning to see come to light in 4.7 and beyond. These are the kind of improvements and added functionality that we can expect to come out of these mini-hackathons held throughout the year.

I don't usually outright ask for support or donations as I feel that there are many out there that do what they can to help the project in their own way. However, I hope that you can help fund these hackathons either via orders or PayPal or directly through the OpenBSD Foundation. Keep in mind that the developers are spending their own money and vacation time to attend them. In a spirit of gratitude, it would be nice if we can do our part whenever possible to aid them in their efforts. I appreciate what the developers do for us and I know you do as well. Thank you all for your consideration and donations to help keep OpenBSD moving forward.