Ian Darwin writes in about his work deploying the arm64 platform and the Raspberry Pi 3:

So I have this empty white birdhouse-like thing in the yard, open at the front. It was intended to house the wireless remote temperature sensor from a low-cost weather station, which had previously been mounted on a dark-colored wall of the house (reading were really high when the sun reached that side of the house!). But when I put the sensor into the birdhouse, the signal is too weak for the weather station to receive it (the mounting post was put in place by a previous owner of our property, and is set deeply in concrete). So the next plan was to pop in a tiny OpenBSD computer with a uthum(4) temperature sensor and stream the temperature over WiFi. 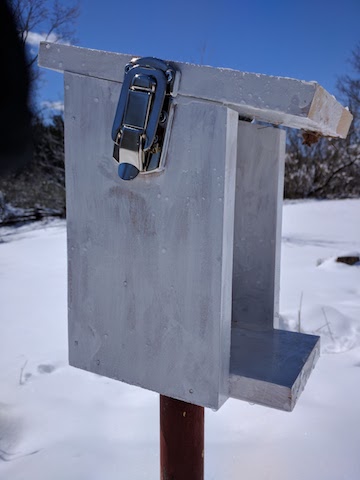 The Raspberry Pi computers are interesting in their own way: intending to bring low-cost computing to everybody, they take shortcuts and omit things that you'd expect on a laptop or desktop. They aren't too bright on their own: there's very little smarts in the board compared to the "BIOS" and later firmwares on conventional systems. Some of the "smarts" are only available as binary files. This was part of the reason that our favorite OS never came to the Pi Party for the original rpi, and didn't quite arrive for the rpi2. With the rpi3, though, there is enough availability that our devs were able to make it boot. Some limitations remain, though: if you want to build your own full release, you have to install the dedicated raspberrypi-firmware package from the ports tree. And, the boot disks have to have several extra files on them - this is set up on the install sets, but you should be careful not to mess with these extra files until you know what you're doing!

Here's a more detailed look at these files and the booting process, based on an email from jsg@ and https://wiki.sel4.systems/Hardware/Rpi3

A mini version of the FFS filesystem exists in the miniroot and a larger version is what you will create when running the OpenBSD installer.

Thus: This article tells you how to install the current snapshot version of OpenBSD on the Raspberry Pi 3. It's aimed at people that have already installed OpenBSD on their laptop, desktop, server, or other computer a few times.

So we don't cover the basics of running the OpenBSD installer - this is not an ideal first platform to install on.

But wait! Before you read on, please note that, as of April 1, 2017, this platform boots up but is not yet ready for prime time:

These limitations will presumably be fixed in due course. The hardworking OpenBSD developers on this platform have done some great work getting things going (thanks guys!) and will no doubt continue to do so. As for when, and in what order, progress will come: 'Things happen when they happen.'

All that said, here's how to proceed, assuming you have OpenBSD up and running on a more conventional desktop or laptop. The basic idea is that we'll boot from a mini-root filesystem on the MicroSD card and install OpenBSD onto a USB-connected disk.

But wait - there's more! The "USB disk" can be a USB thumb drive, though they're generally slower than a "real" disk. My first forays used a Kingston DTSE9, the hardy little steel-cased version of the popular DataTraveler line. I was able to do the install, and boot it, once (when I captured the dmesg output shown below). After that, it failed - the boot process hung with the ever-unpopular "scanning usb for storage devices..." message. I tried the whole thing again with a second DTSE9, and with a 32GB plastic-cased DataTraveler. Same results. After considerable wasted time, I found a post on RPI's own site which dates back to the early days of the PI 3, in which they admit that they took shortcuts in developing the firmware, and it just can't be made to work with the Kingston DataTraveler! Not having any of the "approved" devices, and not living around the corner from a computer store, I switched to a Sabrent USB dock with a 320GB Western Digital disk, and it's been rock solid. Too big and energy-hungry for the final project, but enough to show that the rpi3 can be solid with the right (solid-state) disk. And fast enough to build a few simple ports - though a lot will not build yet. I then found and installed OpenBSD onto a "PNY" brand thumb drive and found it solid - in fact I populated it by dd'ing from one of the DataTraveller drives, so they're not at fault. 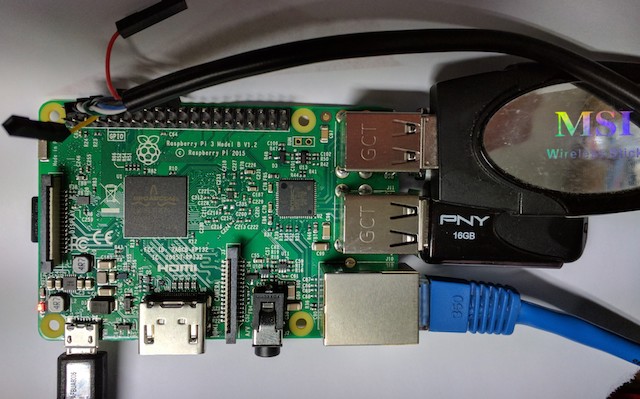 So here's what you have to do:

This is long, but you've seen it before, right? I don't need to repeat all that here.

I used the default partitioning - whole disk and auto-layout. Note that the MS-DOS partition "suggested" by auto-layout is required for booting!

When it asks you to reboot, do so, but do not remove the MicroSD card; that is still needed to boot. As an aside, the article cited above about the problems with some USB flash drives also mentions an alternate configuration mechanism that involves booting once from the uSD card with a configuration file change that permanently enables USB booting; you can read about that with a web search for program_usb_boot_mode. If you're brave enough to follow that path, you can then remove the MicroSD card to boot. I haven't done this yet.

When the rpi3 reboots, we want to change the configuration on the MicroSD card to enable USB booting. During the reboot, you're given a few seconds to type any character to prevent it from auto-booting the uSD card. Go ahead and type a character this time, you character you!

You should now be in Uboot, identified by the "U-Boot>" prompt. Let's tell the PI to boot automatically off the new USB drive (if it's present, else fall back to MicroSD, PXE or DHCP) in future.

If you're cautious, you can omit the saveenv the first time. The saveenv is required to save your changed command across reboots. Note that saveenv will probably give a couple of warnings about invalid filesystem entries; these didn't seem to cause any grief on my system.

This time it should boot up into your new OpenBSD system!

.uboot and dmesg from booting after installation

When it starts booting, make sure it says GENERIC and not RAMDISK; the latter would mean it failed to find your USB disk.

You'll want to log in and make a few changes. First, since the PI doesn't have a real-time clock (RTC), you need to set the date each time you boot. You also probably don't need certain daemons on a tiny system, but that will depend on what you're planning to use it for. Quick way: edit /etc/rc.conf.local and set at least the first of these:

The -s tells NTPD to set the time immediately when you boot up the system.

Note that most "conventional" USB devices are supported by the GENERIC kernel; you may have noticed my uthum temperature sensor for the "birdhouse" temperature monitoring in the dmesg output. Maybe I'll do another article on that when it's all working.

P.S. Thanks to jsg@ for feedback on a draft of this article