Contributed by rueda on 2020-03-03 from the untangling-all-the-qute-tentacles dept.

We have a new p2k19 report from Rafael Sadowski (rsadowski@), who writes:

When p2k19 was announced, I was quite happy that it was located in Bucharest. A quick check of flight connections, showed that there is a direct connection from Hannover. Without a second thought or planning a vacation, I booked the round trip. I guess I was the first person to put his name under the list.

Booked, signed and forgotten for a while.

Two months before p2k19, kn@ visited me in Hannover for a two person ports hackathon. Since he had already been to a few hackthons, I asked him lots of questions. He told me some stories. He told me to take it easy on the hackathon. "It's gonna be cool!"

After the conversations with kn@ I still did not really know what I would expect. Plus the nervousness. I decided to take kn@'s advice on and just let everything come to me in a very easy way.

After a long Monday working day, I took the train to Airport Hannover where my flight started at 22h. I reached the capital of Romania in time and grabbed a Uber to the hotel. It was my first Uber ride, because it is not allowed everywhere in Germany. I was surprised how easy and stress-free it was. Since then I have often used it in South-East Asia; Grap is more common than Uber which works just as well.

After a short night, I went straight to the hackroom at the University of Bucharest. The room was a Google-sponsored lab from the university. Typical Google colors and quite comfortable and very bright. 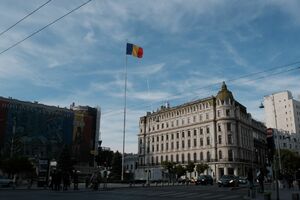 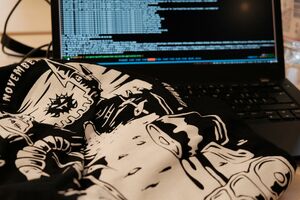 I welcomed pvk@ landry@ pirofti@ and immediately started my work. First on my list was deleting the unhooked kde4 ports and cleanup stuff. Then I looked at the ports@ mailing-list and searched for cmake/qt5 ports where I could help. I quickly found nextcloundclient and decided to give it a try. A lot of preparatory work has been done already. I just had to tweak all these little ports-qt5 improvements. After half a day we had a working and good looking port ready. 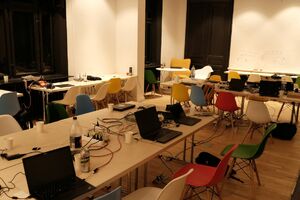 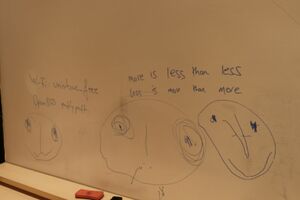 Besides I took care of the update from KDE4 ports to x11/kde-applications (KDE5). On day two sthen@ surprises me with an OK for the first bunch of KDE5 ports. The morning was spent mostly with cvs madness: cvs import, unhook, cvs commit, cvs remove. Long story short, a time intensive process to replace KDE4 with KDE5 in the CVS tree.

I am a big fan of the Qt5 framework for applications so I try to replace Qt4 applications by Qt5. These applications are mostly no longer being developed and there is often an actively developed Qt5 branch. By the way, I (we) want to get rid of this. So I looked into net/psi and quickly realized that it was broken. No TLS connection to a jabber server was possible. At first I thought psi itself is broken but then I tested other Qt4 programs that establish TLS connections and figured out that our Qt4 SSL runtime was broken. Good that tb@ was sitting at my table. He was able to reproduce the error. His first reaction: "Let's delete x11/qt4".

tb@ explained the Qtnetwork LibreSSL patches to me, but we found no bugs and were a bit perplexed at first.

I found out that our security/qca port was already outdated and so I updated the qt4 and qt5 variant. The tests were again time consuming, as always by basic libs.

On the 3rd day I finally decided to work on my 5.1X update-diff again. It has been on my mind for a very long time. To my delight, tb@ found a fix for the TLS/Qt4 issue. During the last LibreSSL update something went wrong when merging in Qt4.

My goal for this hackathon was to get at least Qt5base 5.13 to build. A lot has changed between 5.9 and 5.13 in qmake. My biggest challenge was to tell qmake how to deal with the OpenBSD shared library pattern.

On Friday I made the breakthrough and was able to build Qt5base including LibreSSL patches. Since then a lot has happened and I can proudly announce that we can build the complete x11/qt5 subtree in version 5.13.2 and that the first applications are working with it.

It's still a long way away, but we're going. My hope is to port a stable state with Qt5.13.x once Qtwebengies. The benefit would be enormous, we could update all old qtwebkit ports.

I really enjoyed the days with the many new (in persona) people. I was able to concentrate completely on OpenBSD for one week, which was great. The good lunches and the events or walking through the city and taking pictures. Bucharest is a wonderful place!

Thank you very much to Paul Irofti, the University of Bucharest, and the OpenBSD Foundation for putting on this hackathon.